A new layer of the tech stack: The Insights Layer: Where algorithms meet speeding up the OODA loop 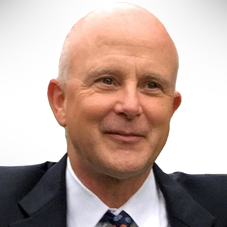 The implication? There WILL be a new “layer” of the technology stack resulting from the maturing of AI-driven techniques and architectures – an INSIGHTS layer, no less significant than the other layers that have developed and matured over time – with sets of tools and eventually market leaders driving them.

To take but one example:

20 years ago, building IT applications was (and some more argue still is) complex, with few consistent tools or framework to model much less build and test applications across much less within any particular department.  In *any* point of such friction, new capabilities – and firms – will be developed.  RationalRose, with its modeling tools, consistent frameworks and set of “build” tools tackled such IT “build friction” and became one of the world’s leaders in the space until it became absorbed into IBM years ago. Take any layer of the stack – and you easily tell a similar story. 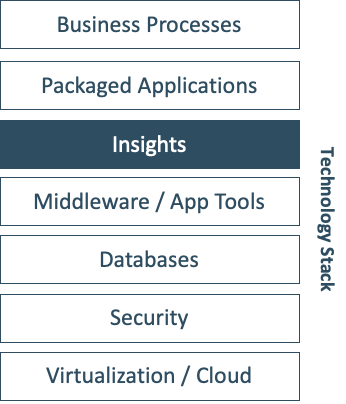 Well, now, it’s time for an Insights Layer, and the time is now and moving quickly.

Insights are no more than the expression of a hypothesis or method of looking or answering questions.  Typically, insights have been the primary purview of people – who obtain information, analyze such information, perhaps develop a hunch about it or based on experience, opine on the question asked.  The process used was, and typically remains, a “carbon-based” (human-based) algorithm of reasoning through a topic.

Data-science based algorithms do the same – just faster and arguably differently for reasons it’s not necessary to explore here.

Systematizing insights, algorithmically, is in its early days.  Yet, efforts are being made to create repeatable, scalable and learning tools – we call them “Primitives” – to systematize an extremely broad range of insights.

And with that new layer will emerge the ability to answer “complex” non-obvious questions much more effectively and, oh yes, faster.

We are building such an Insights Layer which supports algorithmically-based decision – and strategies – in hours and days, rather than weeks, months or never across a wide range of domains.

Why? Because it’s time.

Want new articles before they get published?
Subscribe to our Blog.

We use cookies on our website to give you the most relevant experience by remembering your preferences and repeat visits. By clicking “Accept”, you consent to the use of ALL the cookies.
Cookie settingsACCEPT
Manage consent

This website uses cookies to improve your experience while you navigate through the website. Out of these, the cookies that are categorized as necessary are stored on your browser as they are essential for the working of basic functionalities of the website. We also use third-party cookies that help us analyze and understand how you use this website. These cookies will be stored in your browser only with your consent. You also have the option to opt-out of these cookies. But opting out of some of these cookies may affect your browsing experience.
Necessary Always Enabled
Necessary cookies are absolutely essential for the website to function properly. This category only includes cookies that ensures basic functionalities and security features of the website. These cookies do not store any personal information.
Non-necessary
Any cookies that may not be particularly necessary for the website to function and is used specifically to collect user personal data via analytics, ads, other embedded contents are termed as non-necessary cookies. It is mandatory to procure user consent prior to running these cookies on your website.
SAVE & ACCEPT